Yesterday, I was asked what the Global Read Aloud means to me and I will admit, it was hard to answer the question.  Because in its truest form, the GRA is an invitation into a world that we can share together.  An invitation into a story that will shape our experience, that will help us speak books with one another in order for us to understand each other better.  Every year I see the connections being made and think of each of them as a small chip in the many walls that seem to surround us around the world, I see it as one more step toward a more empathetic, understanding, and activist society.

And so the books are at the center of it all which puts a lot of pressure on the selection of the texts.  Hitting publish on this post will once again mean me holding my breath, waiting for the reaction to unfold worldwide.  And yet, it also means that perhaps these books will change the way we think, the way we teach.  That these books and the creators behind them will become part of the language of books that we speak with our students.  I cannot wait for that to happen.

The books chosen this year were once again a combination of the winners of the voting rounds and my own selection.

So, starting on September 30th, what will we be reading aloud? 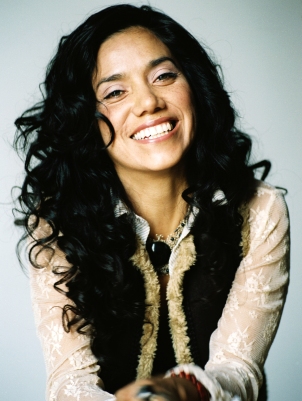 The work of Yuyi Morales – creator extraordinaire.  Every time I pick up a book shaped in some way by Yuyi, it takes my breath away.  The scope of her work means that we not only get to t revel in the beauty of her art but also marvel at the stories she shares.

Dreamers in English or Spanish

Just A Minute: A Trickster Tale and Counting Book

Stella Diaz Has Something to Say by Angela Dominguez

Stella Diaz loves marine animals, especially her betta fish, Pancho. But Stella Diaz is not a betta fish. Betta fish like to be alone, while Stella loves spending time with her mom and brother and her best friend Jenny. Trouble is, Jenny is in another class this year, and Stella feels very lonely.

When a new boy arrives in Stella’s class, she really wants to be his friend, but sometimes Stella accidentally speaks Spanish instead of English and pronounces words wrong, which makes her turn roja. Plus, she has to speak in front of her whole class for a big presentation at school! But she better get over her fears soon, because Stella Díaz has something to say!

Mia Tang has a lot of secrets.

Number 1: She lives in a motel, not a big house. Every day, while her immigrant parents clean the rooms, ten-year-old Mia manages the front desk of the Calivista Motel and tends to its guests.

Number 2: Her parents hide immigrants. And if the mean motel owner, Mr. Yao, finds out they’ve been letting them stay in the empty rooms for free, the Tangs will be doomed.

Number 3: She wants to be a writer. But how can she when her mom thinks she should stick to math because English is not her first language?

It will take all of Mia’s courage, kindness, and hard work to get through this year. Will she be able to hold on to her job, help the immigrants and guests, escape Mr. Yao, and go for her dreams?

The Bridge Home by Padma Venkatraman

Life is harsh in Chennai’s teeming streets, so when runaway sisters Viji and Rukku arrive, their prospects look grim. Very quickly, eleven-year-old Viji discovers how vulnerable they are in this uncaring, dangerous world. Fortunately, the girls find shelter–and friendship–on an abandoned bridge. With two homeless boys, Muthi and Arul, the group forms a family of sorts. And while making a living scavenging the city’s trash heaps is the pits, the kids find plenty to laugh about and take pride in too. After all, they are now the bosses of themselves and no longer dependent on untrustworthy adults. But when illness strikes, Viji must decide whether to risk seeking help from strangers or to keep holding on to their fragile, hard-fought freedom.

The Marrow Thieves by Cherie Dimaline

Humanity has nearly destroyed its world through global warming, but now an even greater evil lurks. The indigenous people of North America are being hunted and harvested for their bone marrow, which carries the key to recovering something the rest of the population has lost: the ability to dream. In this dark world, Frenchie and his companions struggle to survive as they make their way up north to the old lands. For now, survival means staying hidden—but what they don’t know is that one of them holds the secret to defeating the marrow thieves.

There you have it; another amazing year of connecting awaits.  Read the books, share the books, and get ready for another opportunity to make the world smaller.

PS:  If you still need to sign up, please go here.

Global collaboration is necessary to show students that they are part of something bigger than them. That the world needs to be protected and that we need to care for all people. You can show them pictures of kids in other countries but why not have them speak to each other? Then the caring can begin.

Pernille Ripp is a participant in the Amazon Services LLC Associates Program, an affiliate advertising program designed to provide a means for sites to earn advertising fees by advertising and linking to amazon.com.
%d bloggers like this: